The arena is a place where you can prove your strength. It is possible to combat certain groups of players through matching, such as 1v1, 2v2, 3v3 or 4v4. It has a ranking according to the honor points accumulation and winning rate according to the grade. 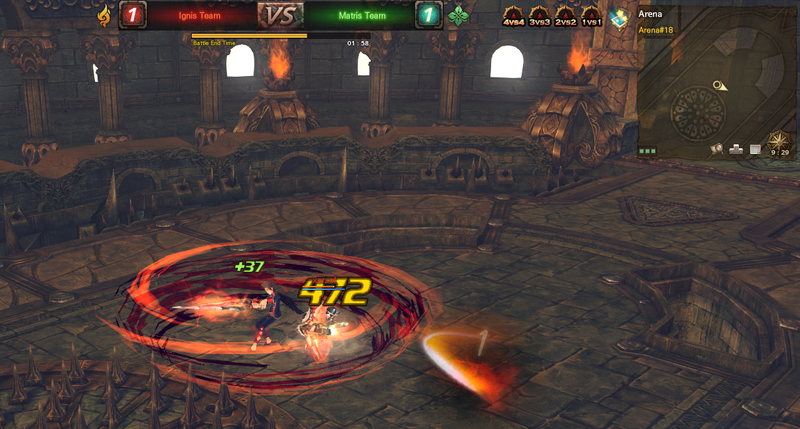 How to cancel the matchmaking[edit | edit source]

Inside the Arena[edit | edit source] 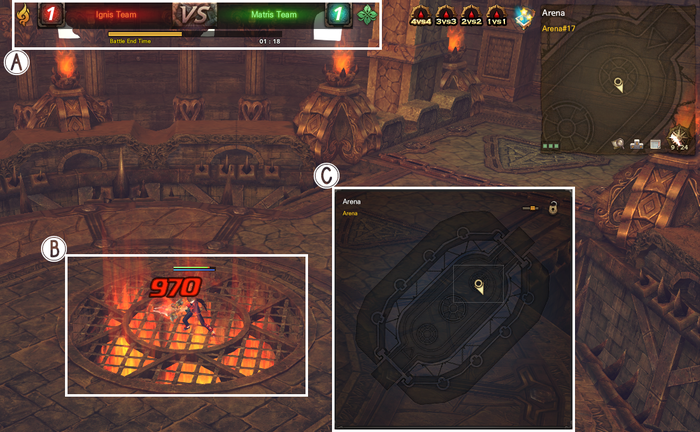 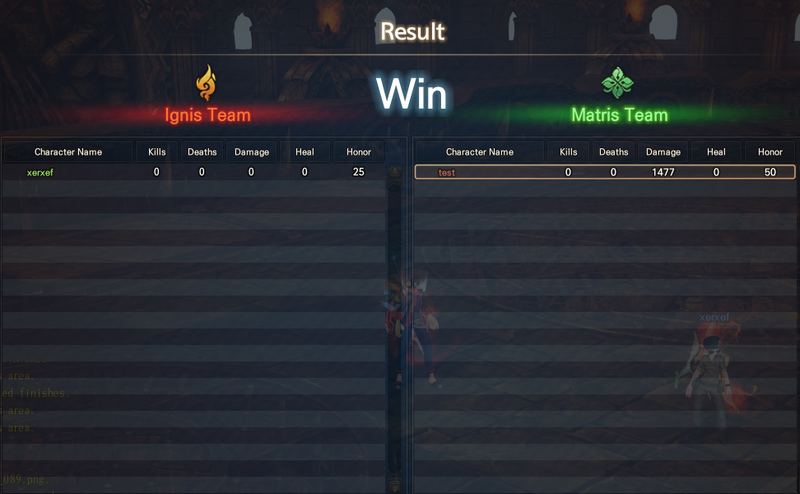 At the end of the duel, you can check whether your team wins or loses or the achievements of each character through the scoreboard.

The goal of this type of arena, is to win by destroying the most possible quantity of objectives in the opponent's side of the map; if the last objective is destroyed on time, then that player wins.

Inside the Arena[edit | edit source] 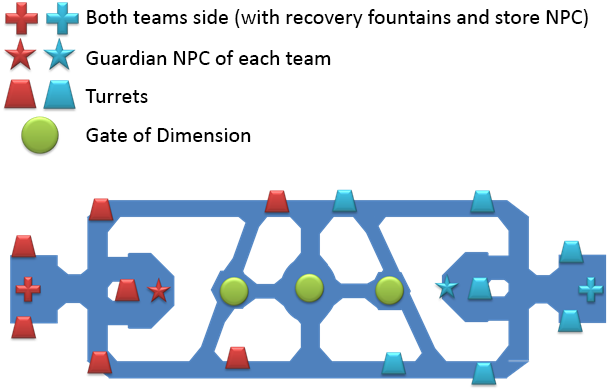